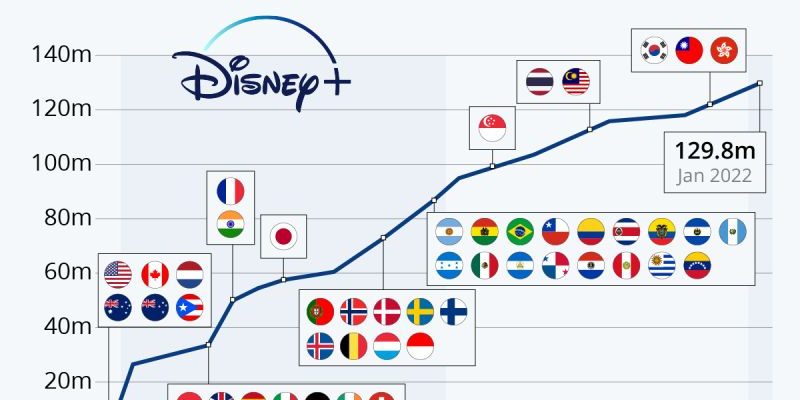 Having celebrated its second birthday on November 12, Disney+ rebounded from a brief subscriber slowdown in the past quarter. Having reached its 90 million subscriber goal three years ahead of schedule at the end of 2020, the Netflix competitor based in Burbank, California added another 35 million subscribers in 2021.

In fairness, it needs to be said that the pandemic probably played a role in Disney reaching its goal so far ahead of schedule. Like Netflix, Disney+ likely profited from stay-at-home orders and limited leisure activities in the face of COVID-19.

As the pandemic struck in early 2020, with movie theaters and theme parks closed and cruise ship sailings suspended, Disney saw itself forced to double-down on its direct-to-consumer business, with Disney+ at the heart of that strategic shift. “We believe the strategic actions we’re taking to transform our Company will fuel our growth and enhance shareholder value, as demonstrated by the incredible strides we’ve made in our DTC business,” Bob Chapek, CEO of the Walt Disney Company said last year. Between Disney+, Hulu and ESPN+, Disney had 196 million paid streaming subscribers at the end of last quarter, contributing to a 132-percent jump in direct-to-consumer revenue between Q4 2019 and Q4 2021. 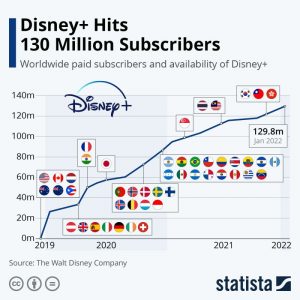