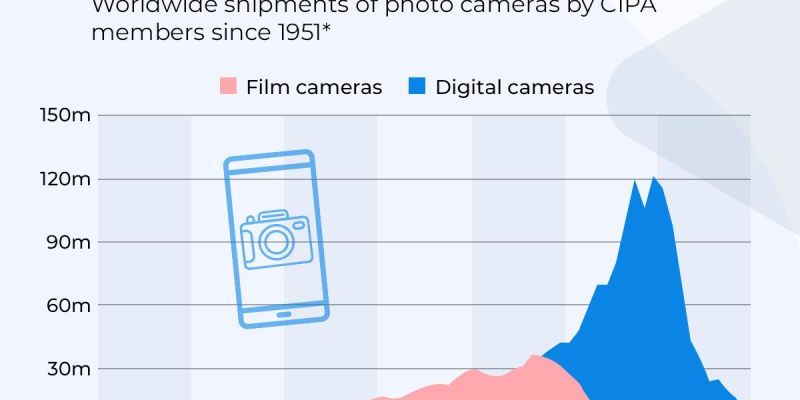 One of the standout features in many new smartphones is the camera. With image sensors getting smaller (yet better) and the computational power of smartphones allowing sophisticated image enhancement in real time, photos taken on modern smartphones are edging ever closer to the quality once reserved to expensive interchangeable lens cameras.

And it’s not just the high-end of the smartphone market. Over the past few years, smartphone cameras in general have improved significantly. So much so in fact, that many people no longer see the need to carry or buy a dedicated camera. While professionals and photo enthusiasts will (probably) always get better results using high-end cameras and lenses, modern smartphones take pictures that are easily sufficient for the demands of the average consumer.

To the camera and photo equipment industry, the rise of smartphone photography has had devastating effects. According to CIPA, a Japan-based industry group with members such as Olympus, Canon and Nikon, worldwide camera shipments dropped by 93 percent between 2010 and 2020, wiping out more than four decades of growth. The steep decline was mainly driven by a drop-off in shipments of digital cameras with built-in lenses, the type that casual photographers used to rely on prior to the rise of smartphone photography. 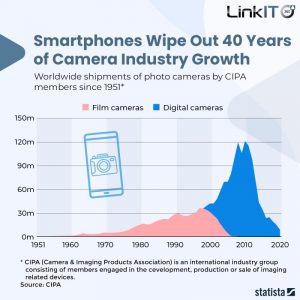