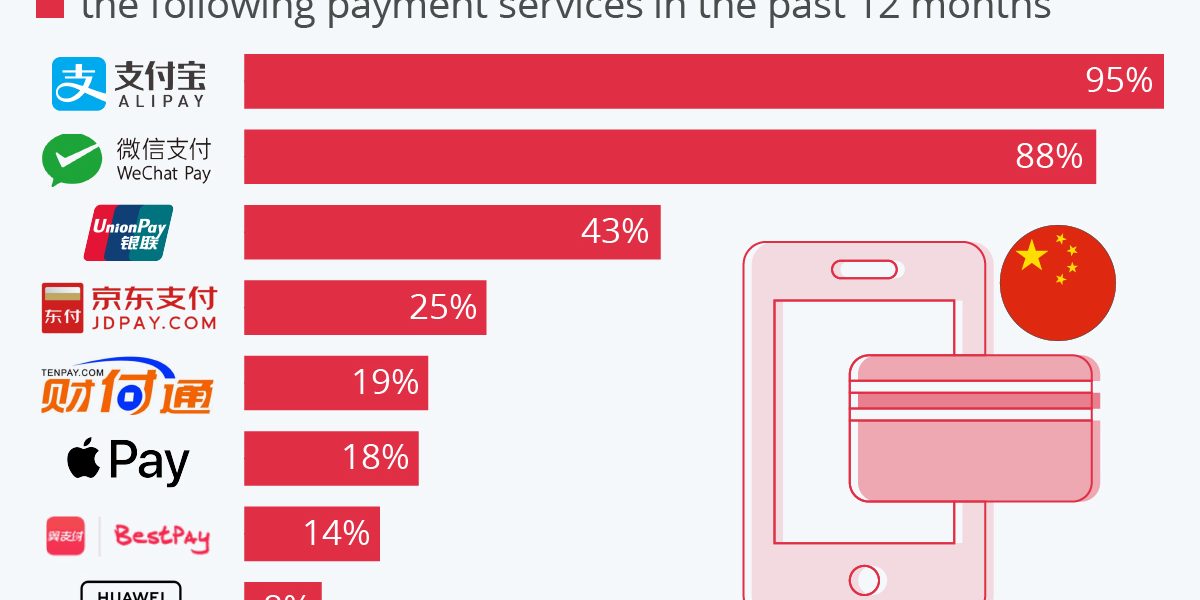 When it comes to digital payments, China is certainly a world leader both in the areas of online shopping and paying at brick-and-mortar stores, cafés and restaurants. Data from the Statista Global Consumer Survey shows that Alipay and WeChat Pay are the most popular digital payment platforms among Chinese Mainland respondents, with around 9 in 10 Chinese saying they used them in the last 12 months. Unionpay, which is connected to a major state-owned card payment network, comes third at 43 percent of respondents saying they were using it.

Many other major players on the Chinese tech scene have successfully rolled out their own payment services, among them JD, Tencent and Huawei. Bestpay meanwhile was launched by another state-owned actors, China Telecom. The only non-Chinese brand in the top 8 was Apple at at a 18 percent penetration rate.

A 2019 Statista survey meanwhile shows that even two years ago, about as many Chinese respondents were already using digital payment services to shop online as well as to pay in brick-and-mortar businesses. Also in 2019, 60 percent of respondents said they used digital financial services daily. The use of digital payments for in-store shopping and ordering is aided in the country by the trend of pre-ordering and then picking up drinks or food from restaurants and cafés. 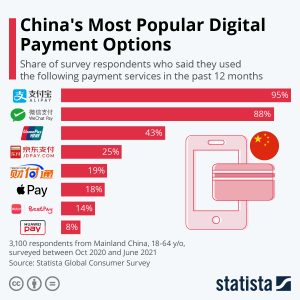 How to Build Loyalty with Value Added Services
May 19, 2021