You are here:
ArticlesMobile Service 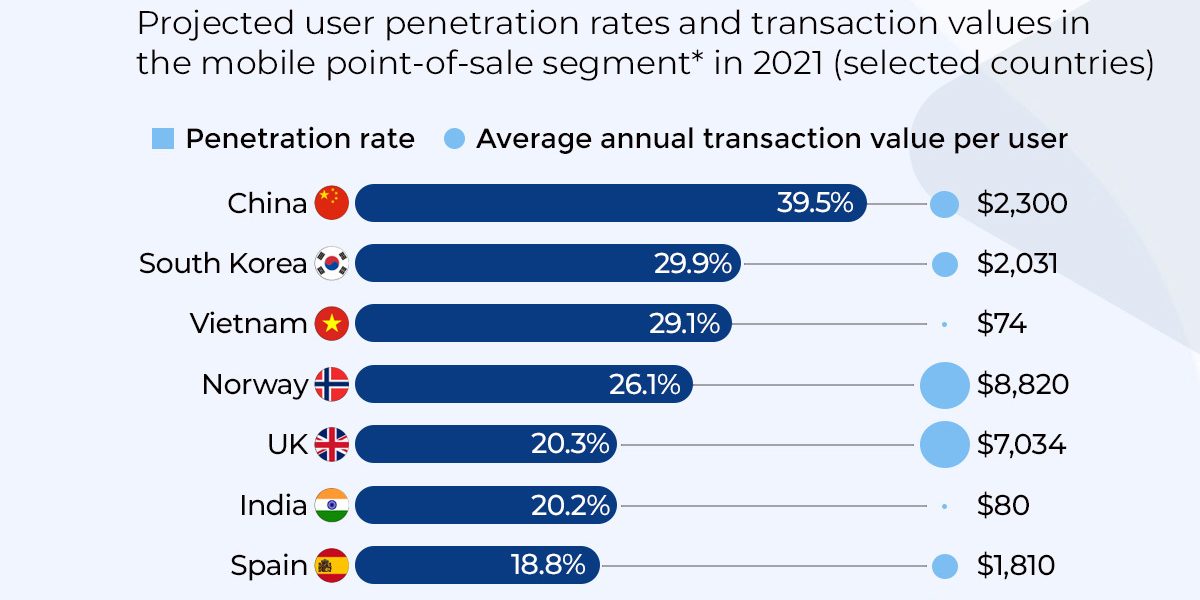 More than half a billion people in China will be paying with their phones at a point-of-sale this year, according to the Statista Digital Market Outlook. This can be a physical store or restaurant as well as an online shop. The number equals a penetration rate of 39.5 percent, the highest included in the survey.

China’s booming payment apps market is dominated by big players Alipay and WeChat Pay, which have been adopted widely by shopkeepers, restaurateurs and e-commerce platforms. In a country where a lot of small enterprises cater to customers, the use of credit cards had never been widely adopted, creating a leapfrog effect where businesses moved directly from cash to payment apps.

Yet, the overall annual transaction value per customer is higher in the U.S and several European country like the UK, Norway and Italy than in China. The average Chinese consumer is projected to spend around US$2,300 with payment apps in 2021, compared to more than US$7,000 in the UK and almost S$8,000 in the United States. Scandinavian countries take the lead when it comes to user penetration in Europe, while Germany and Italy lag behind.

Developing countries in Asia like India and Vietnam typically have payment app penetration levels above the world average, but the average spent per customer is still extremely low, suggesting only very casual usage by a big chunk of consumers. 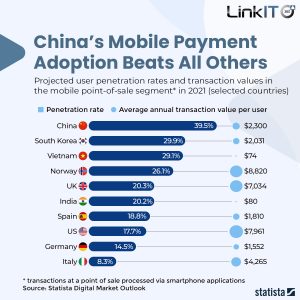